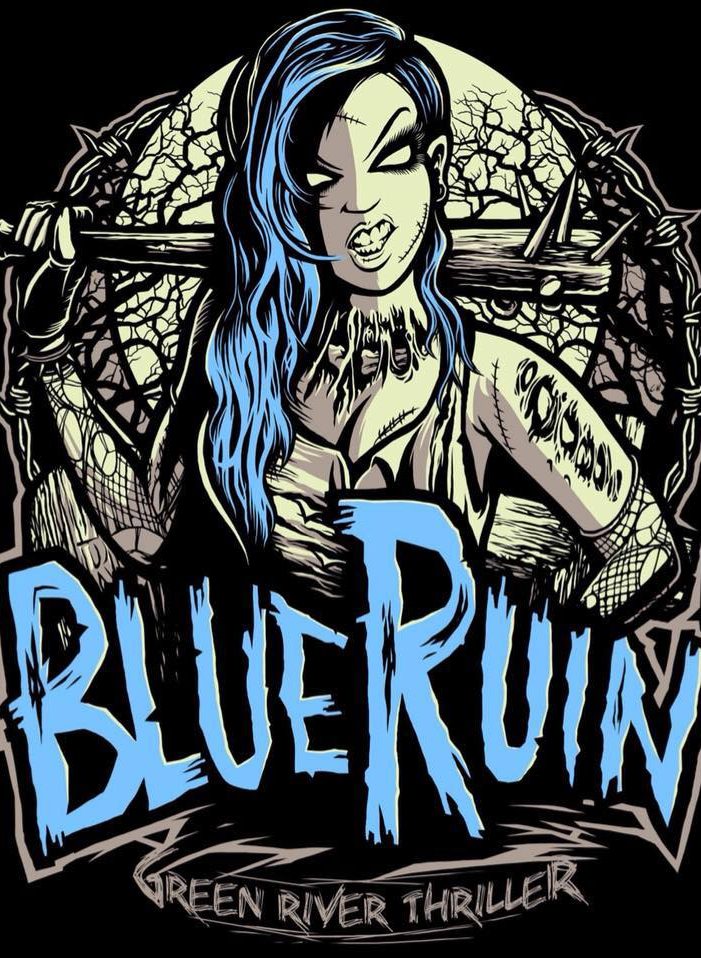 We have been gigging since September 2015, and have since opened for international acts such as Steel Panther, Misfits, Buckcherry and Cherie Currie for two of her New Zealand shows.

We enjoy rocking out, not taking things to seriously, but with awareness in our lyrics of issues like anxiety, sexism, relationships, and societal expectations. Even if it takes form in nonsensical fun, like girls who live in outerspace.

“This all-female outfit is a band on the rise and their performance did more than enough to validate their reputation as an emerging force on the Kiwi rock scene..”
Music Nation – STEEL PANTHER @ POWERSTATION

“Blue Ruin: Ones to watch, this girl band almost stole the show at the Misfits gig.”
Galatos Live – MISFITS @ GALATOS

“Kudos to the promoter who had the insight to put Cheshire Grimm and Blue Ruin on the bill. Both Kiwi bands were obviously influenced by The Runaways, particularly the 5-piece, all female Blue Ruin, who also dressed for the part as well. Both bands rocked impressively, keeping the crowd happy until Currie made her appearance.” – 13th Floor – CHERIE CURRIE @ KINGS ARMS

‘Digame Lou Lou’ is an aspiring artist originating from Bristol, the UK in the small town of Keynsham. Best known for her role as lead vocal and guitarist in the rock trio ‘ Tequila Mockingbyrd’, she began her new solo career path and launched in Jan 2019! Well known in the local town she was recently offered supports such as opening for Razorlight (Oct 2018) on their UK tour! Her first single was released in March this year & following on she completed her 1st international solo tour (Uk & Spain April – May 2019).