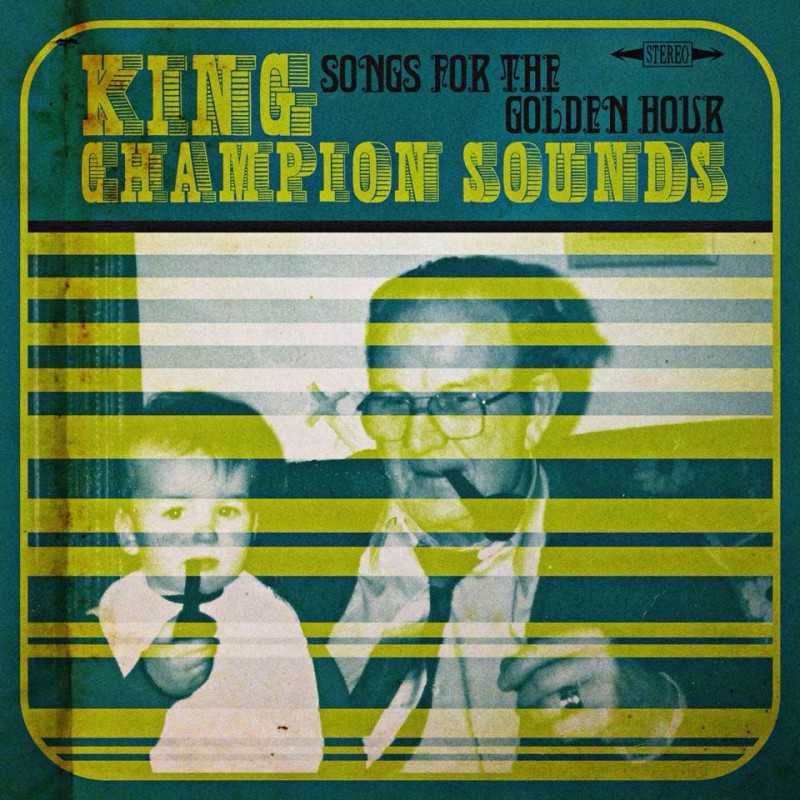 King Champion Sounds are fantastic. They have real presence and authority, they have an astonishing sound (a mix of shuddering, rumbling Fall bass lines, clattering guitar patterns and this soothing, affirming soul revue / Dexys feel from the horns), and they have the songs. They sound massive live. (INCENDIARY October 2013)

King Champion Sounds deliver a blistering 10” album with free CD inside that combines hypnotic krautedelic / dub / minimalist / electronica tunes with a sugarshit sharp wordsmith in his element. G.W.Sok (former lyricist / singer for The Ex) has never been in better form. The band, led by Ajay Saggar, close ranks hard to deliver the tightest and most exciting palette of music you will hear all year. This is a strictly limited 10” slab of vinyl which includes a free CD inside with TWO extra bonus tracks. Don’t miss out!!! http://kingchampionsounds.wordpress.com/

Arvind Ganga is a guitar player from Den Haag, the Netherlands. He freely shops around in the fields of drone, noise, north Indian classical music, free improvisation, sound art and experimental rock. With a few effects, a handful of objects, and his trusty red guitar, he molds this into a loosely structured chaotic mess that is bathing in the rays of a deep red sun. Ethereal noise with a punk-improv attitude. Arvind plays solo, regularly improvises with likeminded musicians, and is active in music/dance improvisation. His music took him to play squats, galleries, clubs and festivals from Poland to France. http://www.arvindganga.net/

Selma Peelen is a singer/songwriter from Amsterdam, the Netherlands. Her music is best described as alternative folk-pop with eastern influences. A performance by Selma will bring you  “an adventurous musical journey; colourful though melancholy, original and yet timeless. The young beauty with a crystal clear voice that rivals modern sirens, also features a sharp and inventive musicianship.” http://www.selmamusic.nl/